Over the last two decades RRRecords has become one of the most important labels for experimental/industrial music in the world, releasing such renowned artists as Asmus Tietchiens, Merzbow, Sleep Chamber, and Nurse With Wound, among many others. Besides the label, Ron of RRR also runs a record shop as well as a mailorder. RRR played a major part in the early career of DWM, releasing two of their most important albums. 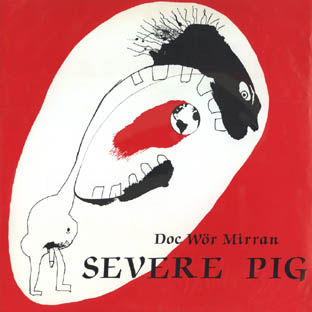 This album was so important for DWM as it was the very first vinyl album. The vinyl freaks that DWM are, we really wanted one of those typical American style LP covers, just like those old worn out Beatles albums everyone all knows and loves, where the cover is actually printed on paper, and then glued onto a cardboard cover. When this came out, Ron claimed that it sold out so fast that it was the only record he ever released that was sold out before he could put it into his catalog! Musically, it is one of DWM's typical hybrid albums, featuring both guitar oriented tracks mixed with industrial and experimental, and although the production can be rough, it has stood the test of time and remains one of the best DWM releases. Standout tracks include "The Human Prospect", "Joel Selvin Can't Dance", and both parts of "Everyday". Featuring Joseph B. Raimond, Ralf Lexis, Frank Abendroth, Peter Schuster, Theodor T. ThrongoMob, Jeandra Raimond, John Eberly, Fraulein Niemand, Denise Pawlak, and recorded from May 1987 through May 1988. Includes an insert. Edition of 500 copies, it is today very rare. 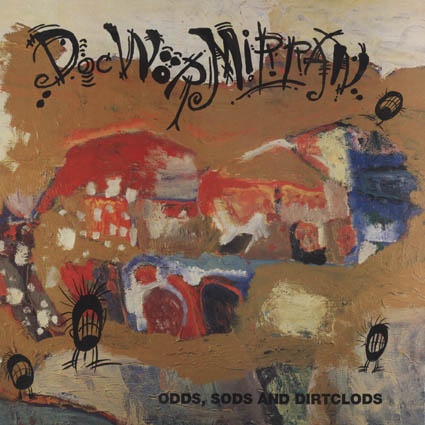