For the one or two of you uninitiated, Controlled Bleeding were one of the most well-known of all experimental bands. With a very long career, they had a steady lineup compising Paul Lemos, Joe Papa and Chris Moriarty. They pioneered the early cassette scene with their harsh industrial noise, but soon though they began to change their style, and entered what was to be their ambient phase, which they released mostly as LPs on many fine experimental labels, such as Dossier and Sub Rosa. Later they became more dance oriented, with some 12" dance mixes on Wax Trax. As indie labels began releasing mostly CDs, many of their early releases were rereleased with bonus tracks and remixed, so they have literally many dozens of releases under their belts. Some of their last recordings mix a little bit of everything into a strange Zappaesque sort of experiment, with lots of fast paced edits and collages. They seem to have gone into retirement these days, but every now and then the odd release sees the light of day. 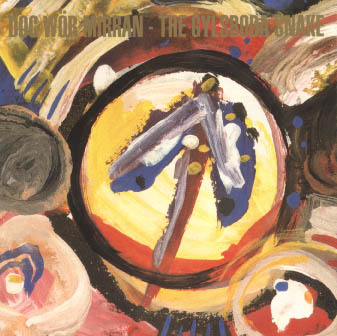 A full length CD, this is a split release with several tracks by both Controlled Bleeding and Doc Wör Mirran. CB check in on their half with some brand new recordings, exclusive to this release, that is a bit like Zappa on speed, with lots of fast paced edits and some nice vocal work. One song even has a sort of reggae beat to it. DWM offer as well new, exclusive tracks, with their usual amount of humor and garage-ness. Each band has their own cover that features their own artwork for this release. A limited, numbered edition was made in a double CD box with 50 hand-painted blank CDs. DWM on this release comprising Joseph B. Raimond, Peter Schuster, Jeandra Raimond, John Eberly, Denise Kusiak, Mani Schumann, Laurent Gabiot and Rich Ferguson.

Part seven in the on-going series of saw-blade shaped vinyl singles on Musical Tragedies. Each release is a split release between two artists. In this case, DWM shares the record with Controlled Bleeding. The DWM side is exclusive to this release, and features Andropovski screaming through a barrage of total noise. This track is by far the most "industrial" track so far released by DWM. Also included are performances by Joseph B. Raimond, Peter Schuster, Frans De Waard, Michael Wurzer, Emil Beaulieau and Adrian Gormley. A photo of Peter and Joe on the inside by .mario., taken while waiting for the Ringo Starr concert in Aschaffenburg to start. Both bands are loud, experimental, and made to be played at maximum volume. First pressing of 500 on multi-colored vinyl, second pressing of 500 on clear. 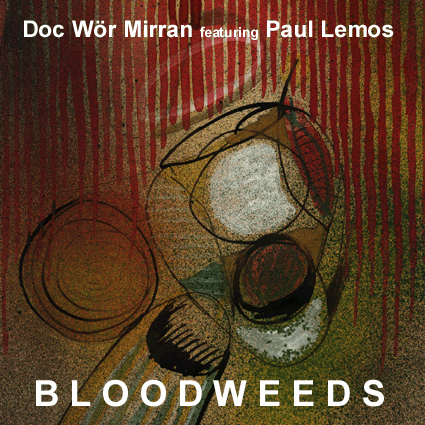 The very first release on MT3, an MT Undertainment sub-label devoted to free downloadable MP3 tracks, including full cover art. Paul Lemos is the mastermind behind Controlled Bleeding, and here he teams up with Doc Wör Mirran for a seven minute long track of ambient strangeness. Actually, this is Bloodweeds part one. Part two, titled "Love Is A Four Letter Word" as well as two more tracks, are on the CD release "Limerence". Personel on this release include Paul Lemos, Joseph B. Raimond and Jeandra Raimond.

Recorded at the very end of the twentieth century, this long unreleased three-track recording finally sees the light of day almost twenty years later. Three tracks that very much document where the artists were in the middle of their careers, this CD release features the talents of Paul Lemos, Joseph B. Raimond, .mario. and Ralf Lexis.