Both the "Taltos" series of paintings as well as the "Lasher" recordings were inspired by the Anne Rice trilogy of books "The Witching Hour", "Lasher" and "Taltos", commonly known as the witches trilogy. A body of work was created that, although independent in itself, was inspired by the books. As with many DWM ideas, this project spans several mediums (several audio tracks, a series of paintings, and a poem), produced over a period of a few years, that should be regarded as a whole in itself. We sent a copy of the CD to Anne Rice, but her lawyer sent it back to us unopened, with an official statement that it was not listened to! I guess they think we would use the opportunity to sue them if they ever made a film of the books, and the music would be too similar. Stupid lawyers, we just wanted her to have a copy in case she collected things inspired by her work. 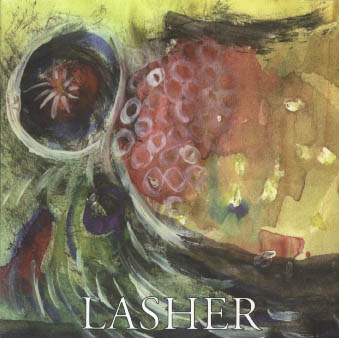 Inspired by the books, DWM produced each of the tracks on this CD to correspond to a particular scene in one of the Anne Rice witches trilogy books, as a sort of "soundtrack" music one can imagine while reading the books. Unlike many DWM projects of the last few years, Lasher features many different musical styles. There is the beautiful harp playing of Susan Raimond on "Saint Ashlar In The Glen" and "Loneliness And The Curse". Peter Schuster added sound effects of rain and thunder on "Saint Ashlar In The Glen", which fit perfectly on the first take, and creates a chillingly dark yet beautiful feeling on the piece. Michael Asch helped with some sampling work, which is especially noticeable on "Oncle Julien" (this is not a spelling mistake, he really is called that in the book), where Michael was asked to create a piece that had the feel of the "roaring twenties". The sound of scratched records was given to give it the feeling of an old recording. Adrian Alecu and his wife Marlene Schild are featured on "Deirdre And The Mayfair Witches", Adrian playing guitar and Marlene adding some vocals, giving the piece a chilling and lonely effect. "The Lost Land Of The Taltos" features Jeandra Raimond laughing throughout the piece, to represent the happy nature of the Taltos, a people who are perpetually jovial and like to laugh. John Mervin returns to the DWM fold with some pre-recorded tape effects used on "Janet And The Holy Battle Of Donnelaith" and "Drowning And The Hands", both pieces of which are meant to sound violent and aggressive. Joseph B. Raimond wrote most of the pieces as well as produced the album. It features a beautiful full color cover, featuring many of the paintings of the Taltos series. 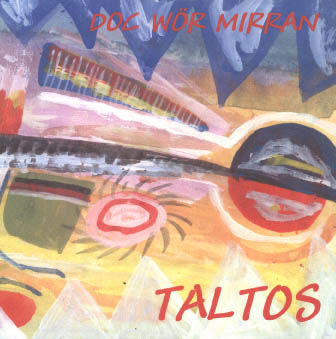 The Taltos series is a series of 100 small watercolor and acrylic paintings painted onto paper, then glued onto cardstock. All pictures in the series are 15 1/2 x 23 cm, and were painted in Fürth, Germany, and Pine Valley, California. Produced over a period of almost two years, from January 1995 until October 1996, this series of paintings is the companion to the Doc Wör Mirran audio recording "Lasher". Like the music, the paintings were created to express a somewhat "dark" atmosphere. It can sometimes be difficult with purely abstract paintings to express a particular emotion clearly to a viewer, but these pictures have succeeded in doing just that. Unlike the music, the pictures do not correspond specifically to a particular scene in any of the books, and are perhaps created more to augment the music than anything else. This CD-R is the second graphic DWM release on Hand-made, a subsidiary of Mirran Threat, and features only graphic files, no music.