Attenuation Circuit is a fine label based in Augsburg, Germany. What makes AC stand out over other labels in the experimental scene are their attention to fine packaging and cover art. Most releases come in special open up boxes that feature covers printed on rice paper. Most releases contain special, hand painted inserts as well. DWM is proud to be a part of this fine label. 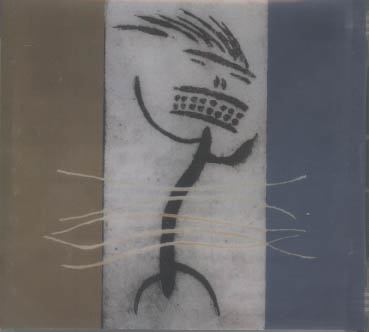 Recorded quasi live in DWM's first ever rehearsal and recording studio "Smells Like Fischer To Me" studios, this release is quite different from most DWM recordings, being sort of a mix between ambient electronic and tribal/world music. Featuring the live, improvised musical contributions of Joseph B. Raimond, Peter Schuster, Stubs, Knut Friebel, Helmut Burghart and Kid G., the backing tracks used during the live recording were by Frans De Waard, Laurent Gabiot, Klaus Jochim and Emil B. Recorded in 1994 at the same time as the three cassette box set Attention Spam and the normal cassette Deformed, this is also similar in musical style. Full color cover printed on rice paper, packed in a very nice clear plastic box and featuring several inserts. Cover art from the Mask series of etchings by Joseph B. Raimond 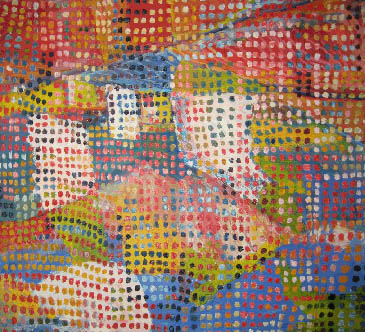 Recorded from 1987 to 1993, this gem remained unreleased for years. Originally planned as a double vinyl LP, it has finally seen the light of day as a digital release, including the original album art, on the fine Attentuation Circuit label from Augsburg. Limited to 50 copies in this format, once sold out it will then be available as a download only release. Very experimental in nature, it features the talents of Joseph B. Raimond, Bernard H. Worrick, Ralf Lexis, Adrian Gormley, Frank Abendroth, Michael Wurzer, Eric Hysteric, Peter Schuster, Namm, Jeannette Gustavus, Jeandra Raimond, Frans De Waard, Ron Lessard and Ski-King. 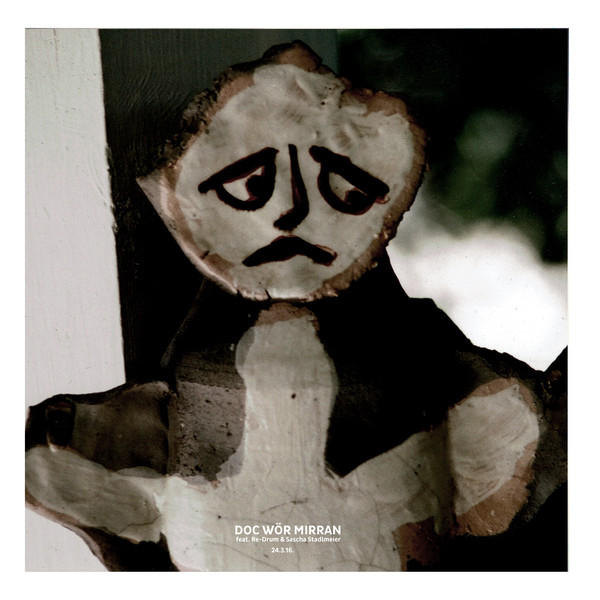 Our major release for 2017, this is a vinyl only album of improvised, experimental and ambient music, recorded on the 24th of March in 2016. Featuring Sascha Stadlmeier on guitar, bass, objects, cover layout and inlay graphics, Adrian Gormley on cover art, Joseph B. Raimond on guitar, bass, graphics and mixing, Pavel Aleshin on sounds and objects, Michael Wurzer on synth and Stefan Schweiger on theramine and percussion. Limited, numbered edition of 300 on clear vinyl, including a full color insert. 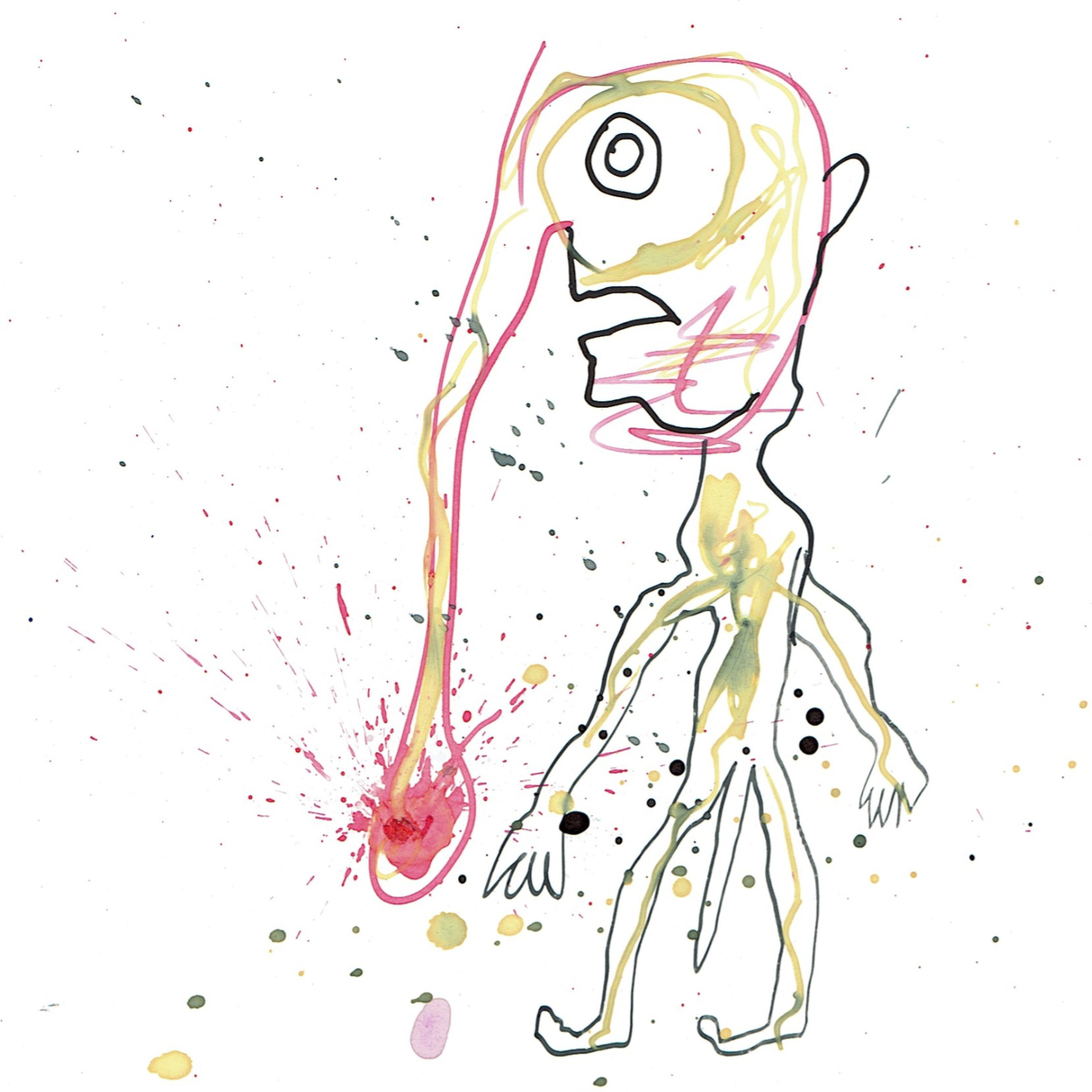 On December 3rd, 2017, Frans de Waard came down from Holland, Sascha Stadlmeier came up from Augsburg, and Adrian Gormley came over from Berlin, and together with the local Fürth DWM crew they spent the day recording, experimenting and improvising. The results were six tracks, the first three of which are featured on this CD. Musically, it is, in the words of our friend Gerald Fiebig, "at times lyrical, at times plaintive, sometimes melodic, sometimes weaving itself into the overall tapestry of sounds, the saxophone proves itself capable of bridging the gap between a melody-based and the more sound-based musical approach followed by most of the players here. Some of the best moments of this three-part album that was culled from one single live session happen when the saxophone interplays with percussive noises from plastic bottles and all sorts of other sounding devices, as well as spaced-out guitars and a theremin. The album gets darker and denser from part to part, ending up as a sort of industrial lounge jazz for a David Lynch movie. Limited edition of 100 copies. 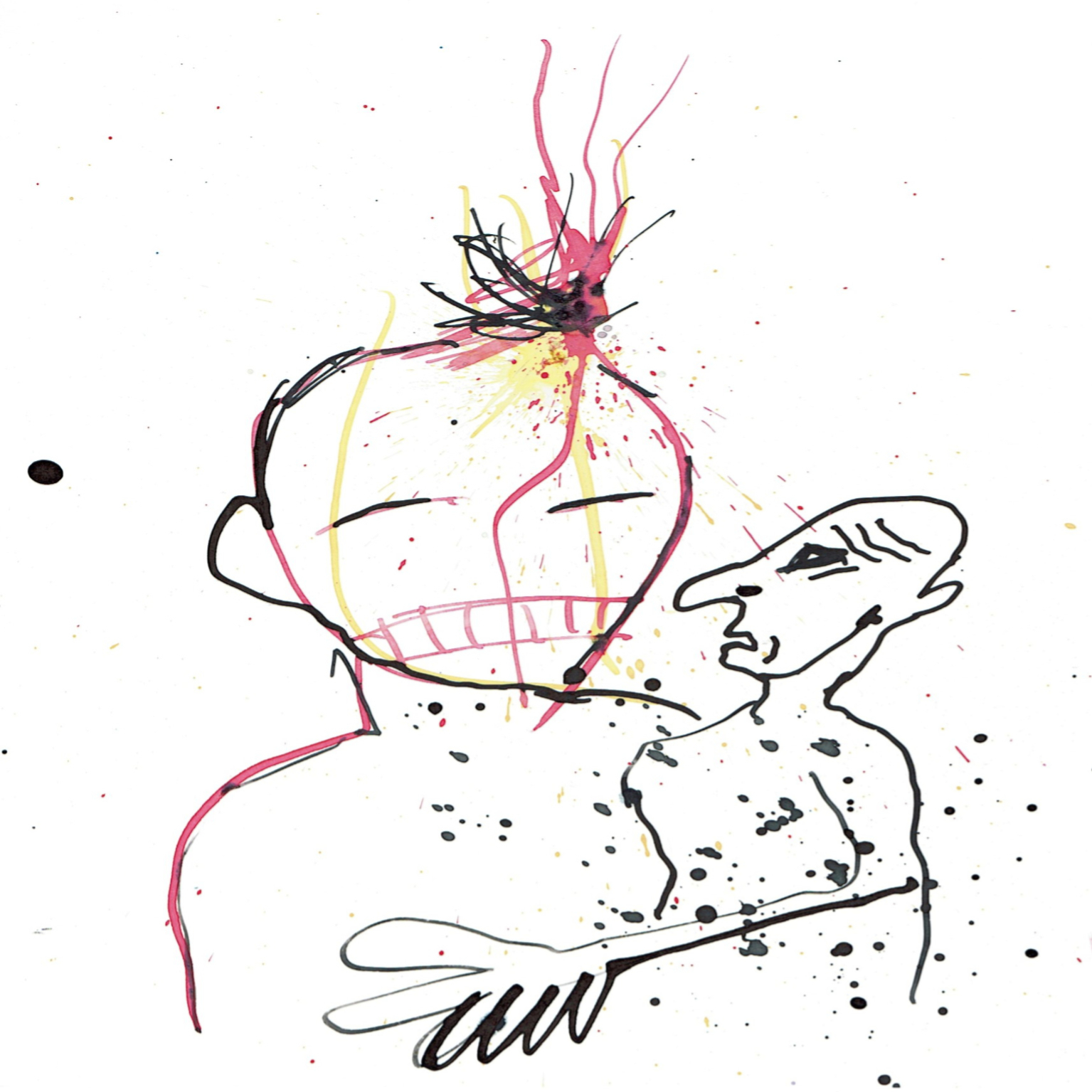 Recorded at the same time as the first part of this two CD series and with the same line-up, this release picks up musically where the first part left off. Very abstract and intense, and a testament to this creative lineup. Limited edition of 100 copies. 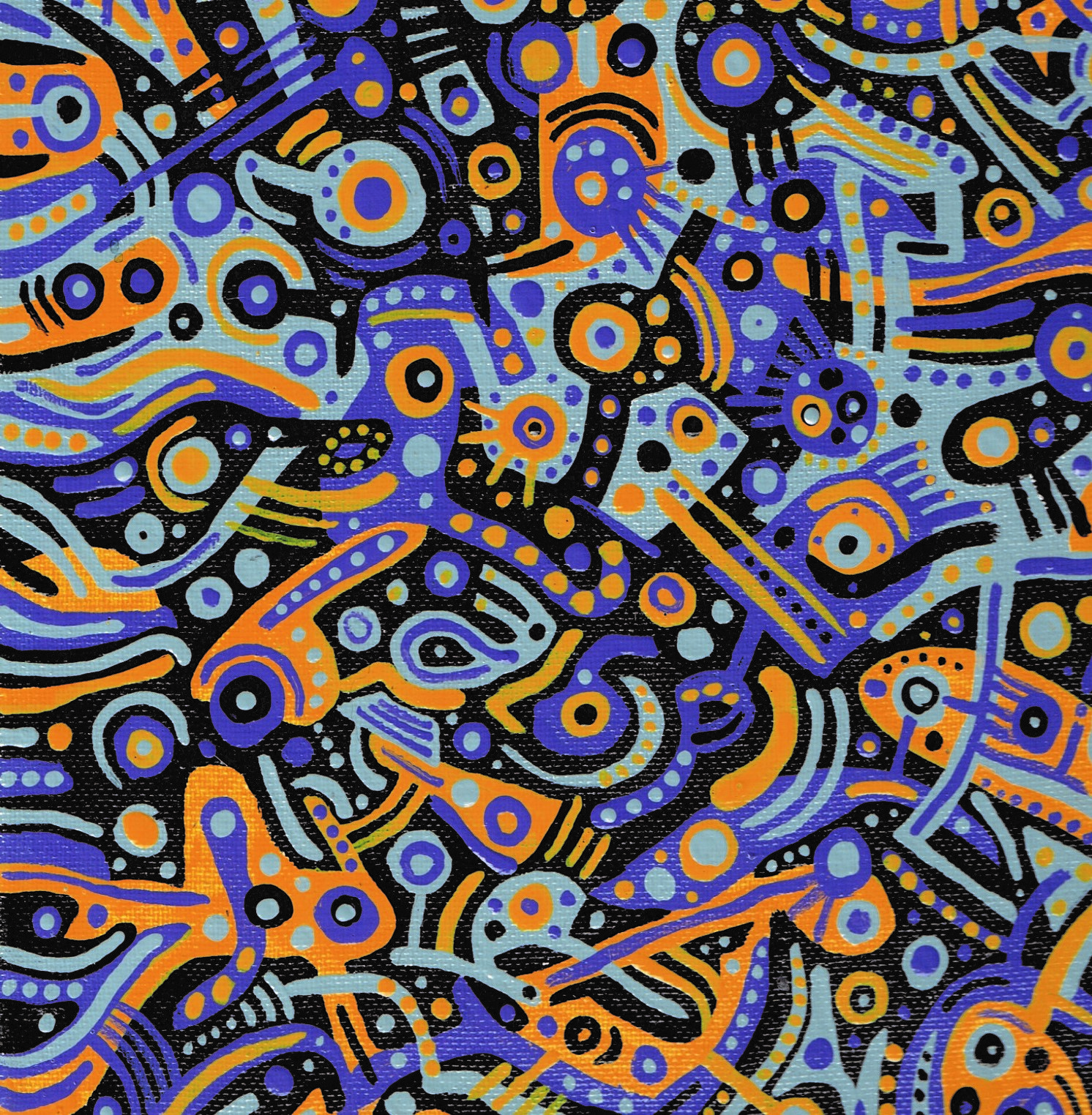 Recorded in the 1990s, with additional recording and mixing in 2013 and unreleased until now, this release, part one of a two-part set, features previously unreleased collaboration recordings with the late Conrad Schnitzler. Featuring Conrad Schnitzler, Adrian Gormley, Joseph B. Raimond, Ralf Lexis, Stefan Schweiger, Michael Wurzer, Jello Biafra and Ron Lessard. Cover art by Joseph B. Raimond from the "Diaspar" series of small acylic paintings, inspired by "The City and the Stars", a novel by Arthur C. Clarke. Limited edition of 100 copies. 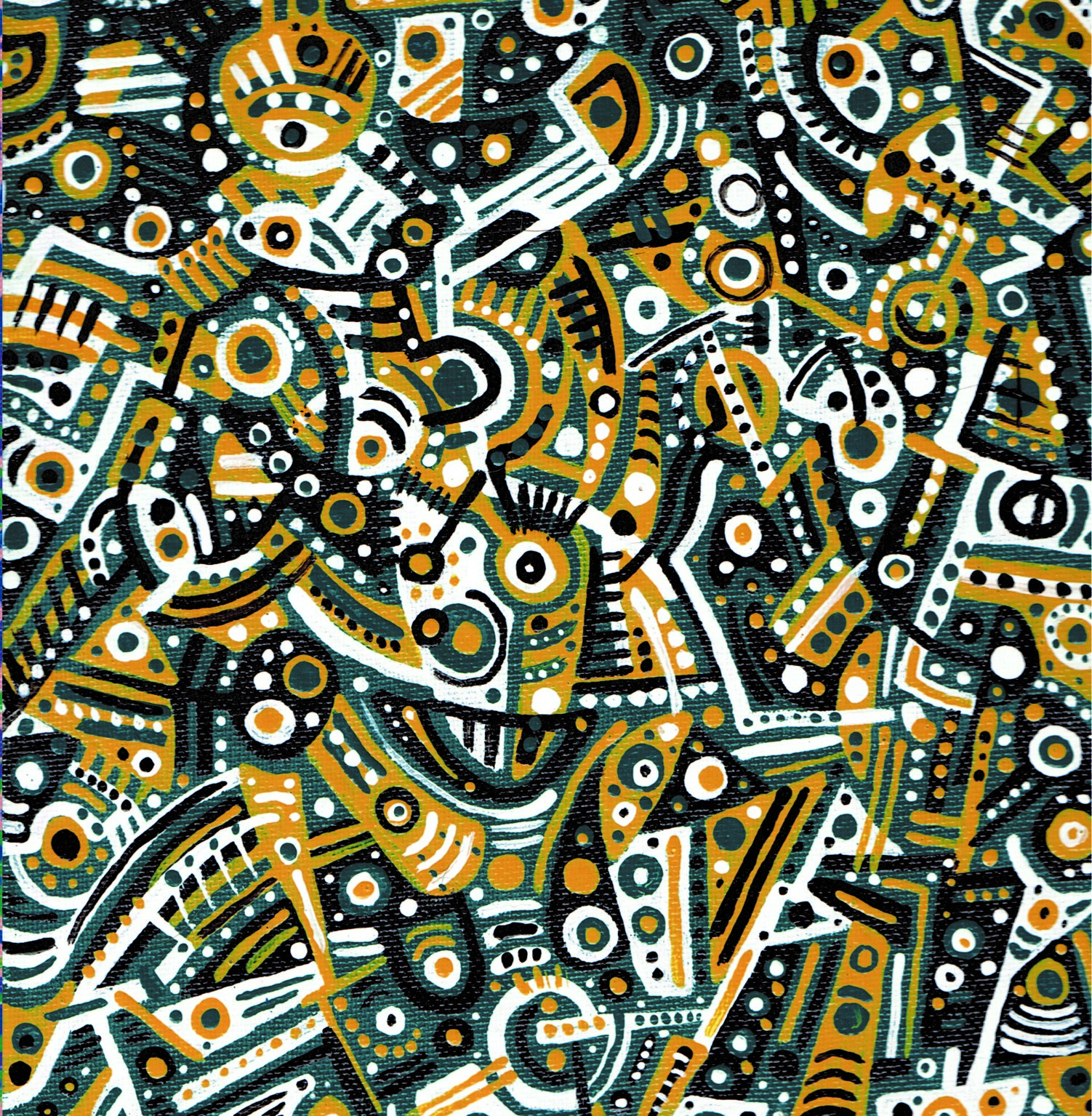 Part two of this two CD series features ten tracks originally recorded in the 1990s with additional recording and final mixing in 2020. Like the first in the set, this CD features DWM collaborations with the late Conrad Schnitzler, with additional material provided by Emerge of Augsburg. Featuring Conrad Schnitzler, Sascha Stadlmeier, Joseph B. Raimond, Stefan Schweiger, and Ralf Lexis. Cover art by Joseph B. Raimond from the "Diaspar" series. Limited edition of 100 copies. 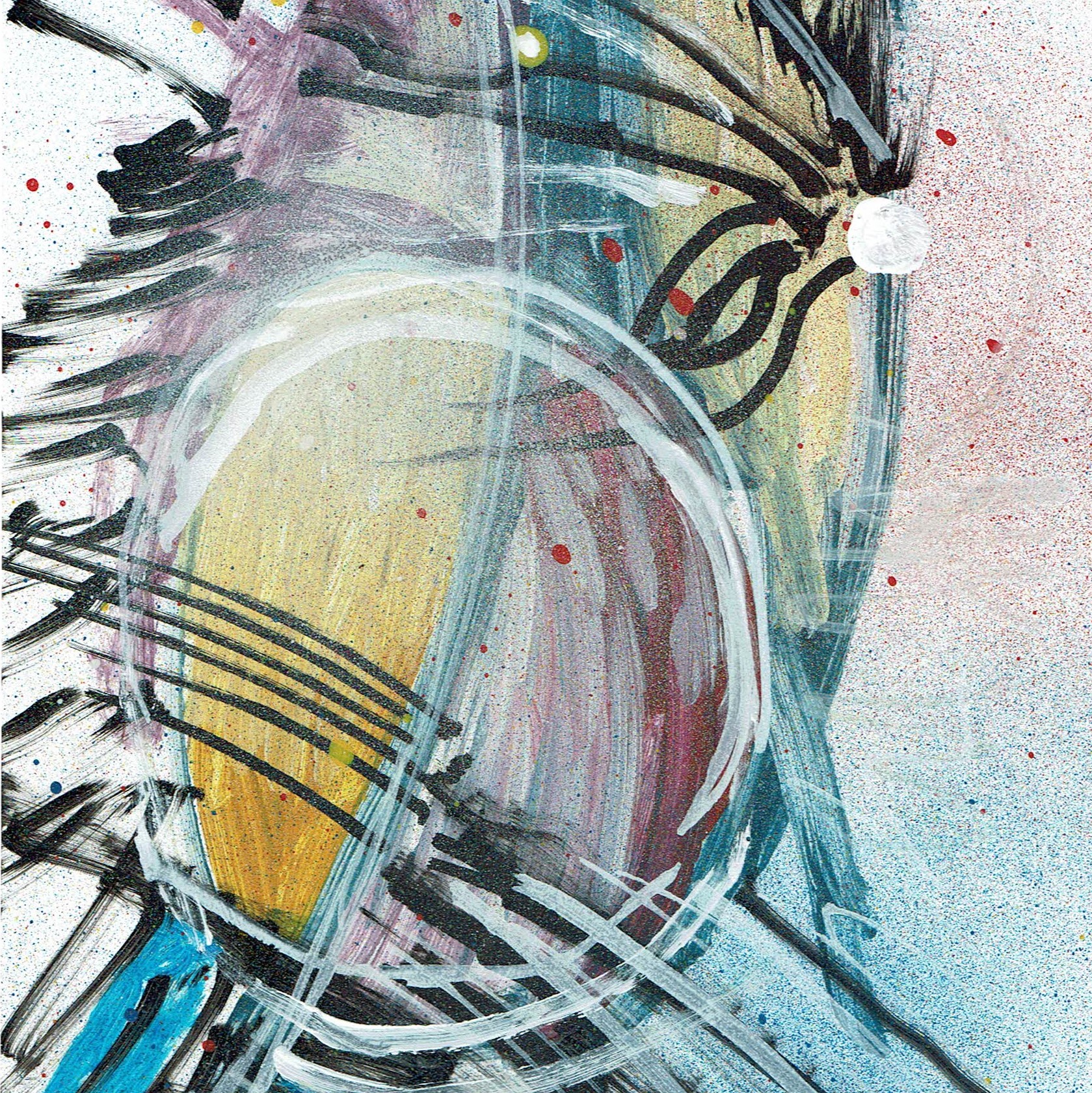 "Oval Eclipse Live" is an improvised live recording by Leipzig based project Oval Language and DWM, recorded live on July 3rd, 2021 as part of the re:flexions sound-art festival at the Kulturhaus Abraxas in Augsburg, Germany.  Featuring Klaus-Peter John, Katha John, Joseph B. Raimond, Adrian Gormley and Michael Wurzer. Cover art by Adrian Gormley and Joseph B. Raimond from the "Oval Eclipse" series of small watercolor and spray-paint paintings. Limited edition of 100 copies.