Vinyl etchings are little drawings etched into vinyl records. Due to DWM's love of vinyl, it was only natural that DWM would intigrate this unique form of expression into some of their releases. Technically, the drawing process happens on a large, blank master disc. Much larger and softer than a normal vinyl LP, these discs are usually only used for mastering vinyl, and is seldom seen by anyone other than the technicians in the mastering studio. In DWM's case, the master discs were sent per mail to DWM in the Nuernberg, Germany area, and the drawings produced there with needles, nails, sandpaper and other such tools. Once finished, they are then sent back to the mastering studio and together with the cut music, sent to the pressing plant for further mastering and pressing. Vinyl etchings on DWM releases are featured on our LP releases "For Serpentine, I Am" and "The Shroud Of Bernard" as well as our DWM/Tesendalo collaboration single "Not Recorded". Please refer to our DWM release pages for more information on the DWM released etchings. The following releases are not DWM releases per se, rather, they are vinyl etchings for other artists other than DWM, and should be seen more as collaborations with these artists. As it is virtually impossible to photograph such etchings, we have reverted to showing simply the record cover of the release that features these etchings. 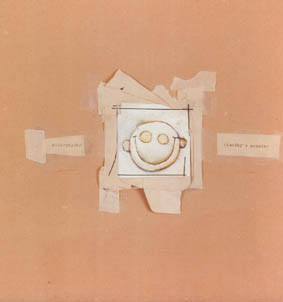 This monster release was a three album boxed set with five sides of music plus the sixth side a DWM etching. Motorpsycho is of course Norway's premier retro/stoner rock combo that has released an amazing amount of high quality material plus done numerous tours around the world. This is also as close as DWM ever got to working with a "major" label, as this release came out on Harvest in Norway. For us, a special honor to have a DWM work associated with a release on Harvest, home to some of our favorite 70's rock. 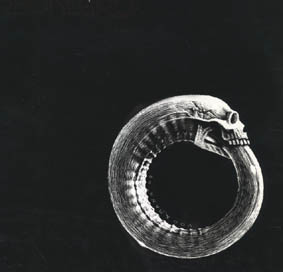 This etching is perhaps the rarest of DWM's works. Turbonegro, premier glam-punkers from Norway, were interested in a vinyl etching for the fourth side of this double album set from 2003. DWM produced the etching, and 15 test pressings were made. Later though, the normal album was released without the etching, no reasons given, making this an extremely limited edition of only 15 copies. Interesting side note, and again an aspect to make DWM proud is the cover art of this release, done by none other than Klaus Vormann, the artist and bass player most known for is extensive work with the Beatles, including the album cover for their Revolver album. 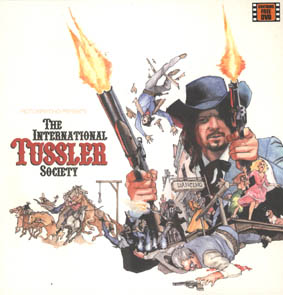 Tussler was a side project of Norway's Moptorpsycho, which included several musical friends, together jamming in a more accoustic setting. Not country, but a sort of country folk often not unlike that of "Workingman's Dead" era Grateful Dead. In fact, sometimes this even sounds more dead than the dead. Anyway for the fourth side of this gatefold, double LP, DWM produced a special, wild west inspired etching.