To be honest, one of the reasons why the label MT Undertainment was ever started was to provide an outlet for the recorded work of DWM, a function which some of the current MT sub-labels fulfill to this day. Like so many labels, MT was started by DWM simply to get something out there, and some of the most interesting releases by DWM came out on 7" vinyl. DWM made it standard to include booklets of poetry and art integrated into the open-up covers, and not only do all the MT releases feature this kind of cover, but the releases on other labels as well. Due to the limited length of the recordings dictated by the format, many, but not all of the music released by DWM on this format is more guitar oriented. Be sure to check out the singles on other labels, as well as our shaped vinyl and our vinyl LPs. 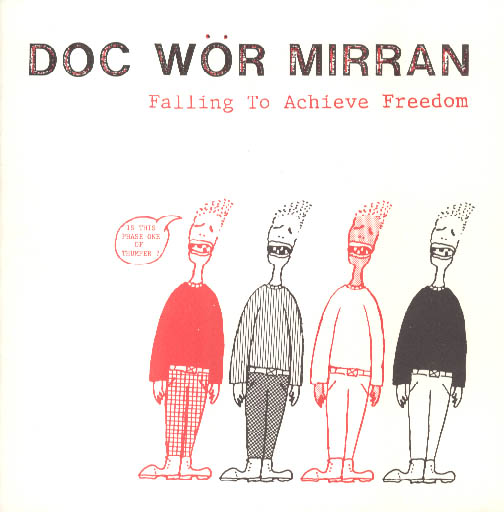 The most important question in 1987 was "Is this phase one of Thumper?" Wow, were we proud of this release, the very first DWM vinyl ever. Four songs, released on red splatter colored vinyl, this record also featured a 16 page booklet incorporated into the cover, a feature that virtually all DWM vinyl singles were to have. Stylistically, this can best be described as "aggressive industrial punk", and features the talents of Joseph B. Raimond, Bernard H. Worrick, Volker Stewart, Donna, Ralf Lexis, Allen Shain, Denise Kusiak, Theodor T. ThrongoMob, Patricia and, who else on drums, but Fraulein Niemand. 500 pressed. 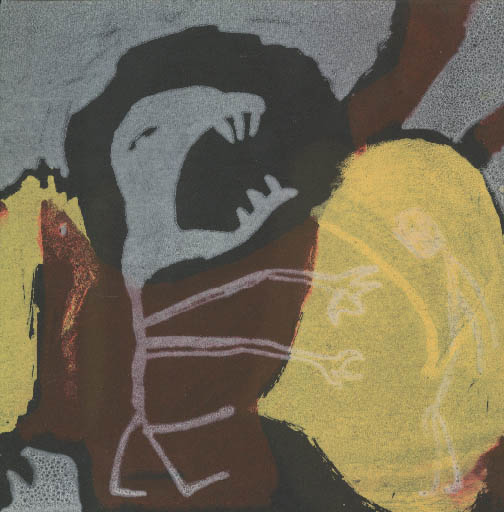 This one was our second ever vinyl release, and is much more industrial than the first, which was release exactly one year earlier. Six tracks, each ending in a locked groove. This was released in various editions, the first of which was 200 copies in April 1988 that featured our standard booklet stapled into the cover, this time with 12 pages and many of the multicolored printed artworks glued into the booklet. All other editions did not include the booklet. The cover of this edition was designed and handprinted by Joseph B. Raimond including glow in the dark ink. The second edition of 10 copies was released in September 1988 with a clear plastic cover. The third edition was of 100 copies with a hand painted, folded cover, copied onto an official US Army "disposition form", and came in October 1988. Edition four was with a poster cover spray painted and then folded to a 7" cover size, and came in May of 1989 with an edition of 54 copies. Edition five came in April 1990 and featured the record and copy of the cover inserted into a US Army courier envelope. Editions six, seven and eight all came out in November 1993. Edition six was of 50 copies, all of which went to Forced Exposure in the USA. Their logo is printed on the computer generated cover. Edition seven also is computer generated, but not for Forced Exposure, with a different design, and was 70 copies. The final edition eight was of 25 copies and came in a folded version of the glow and the dark cover but without the booklet. 559 pressed in total on black vinyl, each with the edition number written on the label by hand. Featured Joseph B. Raimond, Bernard H. Worrick, Patricia, Donna, Allen Shain, Denise Kusiak, Ralf Lexis, Peter Schuster, John Eberly and Rich Ferguson. 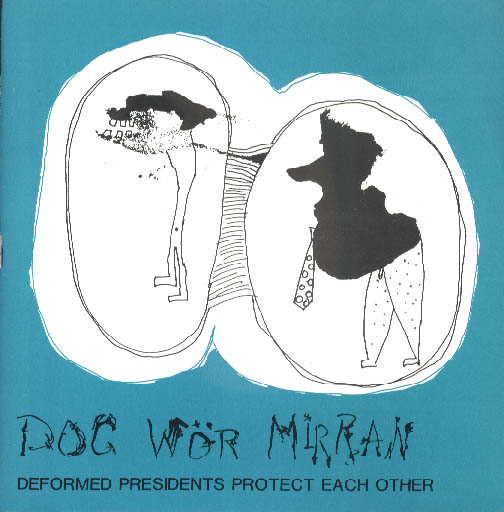 Title: Deformed Presidents Protect Each Other

Two long, experimental tracks on this piece of black vinyl. As usual, a nice 16 page booklet is integrated into the cover. Recorded in 1987 and released in 199, it features, Joseph B. Raimond, Bernard H. Worrick, Dave Fanning (of the Apostles/Unit), John Waddingham, Peter Schuster, Patricia, Paul Weinmann, John Eberly, Allen Shain, Denise and Deanne Kusiak, plus the one and only Fraulein Niemand. 500 pressed. 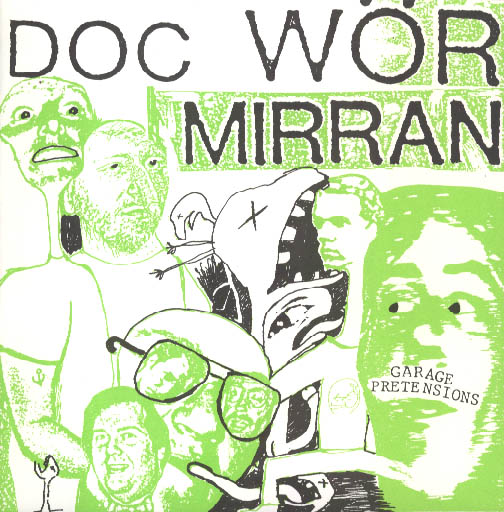 A milestone for DWM, this EP was their first ever CD release, and also the only release ever to come out on two different formats. In keeping with their tradition of featuring famous friends, this release includes the talents of two members of M. Walking On The Water, Markus Jansen and Axel Ruhland, as well as the recorded debut of the two SubPop Records owners Bruce Pavitt and Jonathan Poneman (reading a poem for Blake!). Also, on the vinyl version is a cartoon drawing of "Fat Freddy" by none other than Gilbert Shelton and Rip Off Press! Andy Martin of the Apostles/Unit drew the back comic. Other input from Joseph B. Raimond, Bernard H. Worrick, Peter Schuster, Ralf Lexis, Denise Kusiak, Andropovski, Rich Ferguson, Emil Beaulieau, Adrian Gormley, John Eberly, Bob Bolish, Frank Abendroth, Allen Shain, Artur Bandalan and .mario. Both formats include a 12 page booklet. The CD has a blue and black cover, the vinyl a light green and black cover and is pressed on yellow and blue striped vinyl. Some of the singles were prepared with special hand copied covers, some of which were copied onto gold sticker paper and others onto grey paper, and yet others have been copied backwards! 500 singles pressed and 700 CDs. 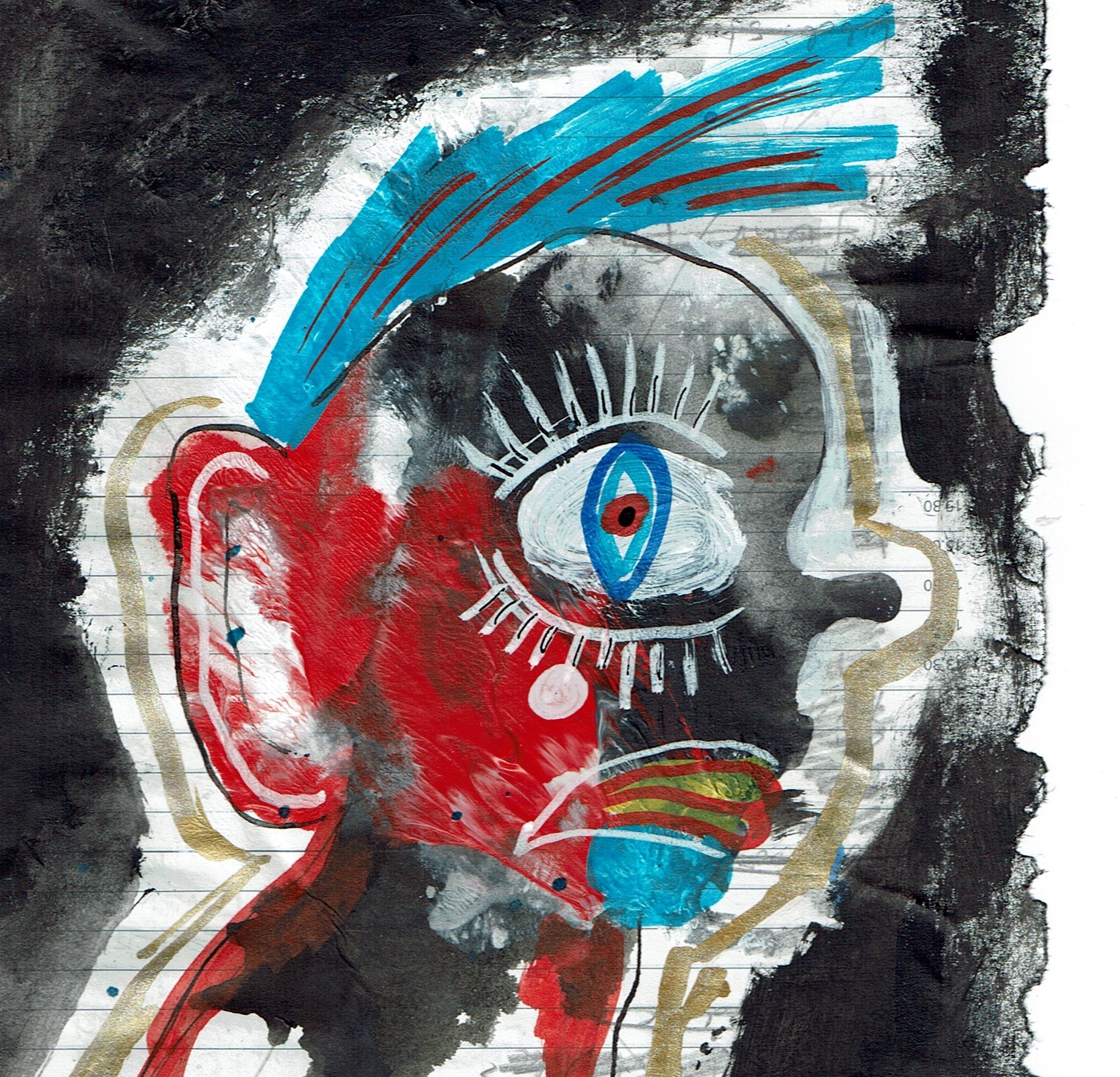 Quickly recorded and released (something DWM is not known for!), "Ancient Future" is a one sided picture disc vinyl single, limited edition of up to 23 copies. Available only here through our DWM homepage, or through our discogs or Facebook sites, each ordered copy has the buyer's name and the copy number included on the white back of the single and is also hand-signed in silver ink. Featuring Adrian Gormley, .rizla23., Joseph B. Raimond, Michael Wurzer, Stefan Schweiger, Licht-ung and Ralf Lexis. Cover by Joseph B. Raimond, hand-made packaging and stamped lettering by .kollektiv 23. 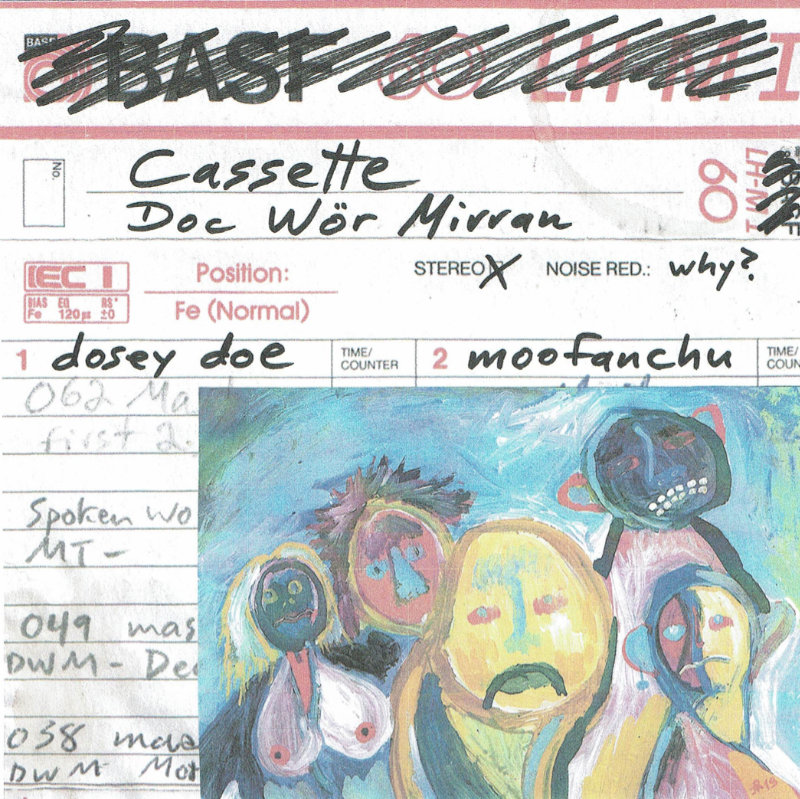 This little project sort of evolved out of our "Historical Obscurity" series of CDs that feature rerecorded and remixed tracks from our very first recordings. Originally planned as part of that series, it ended up with a dynamic of its own, so we decided to make a small single with the tracks. Playable at any spead, it features several old recordings taken from mostly cassette releases, plus newly recorded material, all mixed together into a stew of weirdness. Limited edition of  23 copies on clear vinyl with cassette labels as labels.  Featuring Adrian Gormley, Joseph B. Raimond, Michael Wurzer, Stefan Schweiger, Bernard Worrick, Frans de Waard, Frank Abendroth, Matt McNeil and Ralf Lexis.