DWM members always loved vinyl, so for as long as it was technically and financially possible, DWM went ahead and recorded and released as many vinyl albums as possible, many of which were released by MT Undertainment, owned by Joseph B. Raimond. At first, many of the albums were released on the Musical Tragedies label. Later, Marginal Talent was formed for experimental music, and DWM switched to that label. . Benefitting from good distribution, these early DWM vinyl LPs have since become collectors items, as well as having played a big part in spreading the obscurity of DWM. Also be sure to check out our other pages featuring vinyl LPs: DWM limited editions as well as our releases on RRRecords. For vinyl singles, check our our page of singles released by MT Undertainment as well as singles on other labels. Finally, DWM has also released a few 10" vinyl albums as well as a few shaped vinyl records. 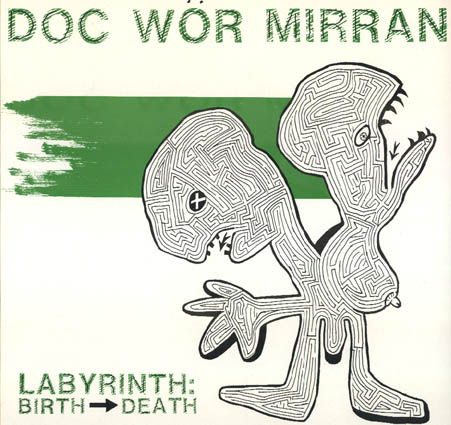 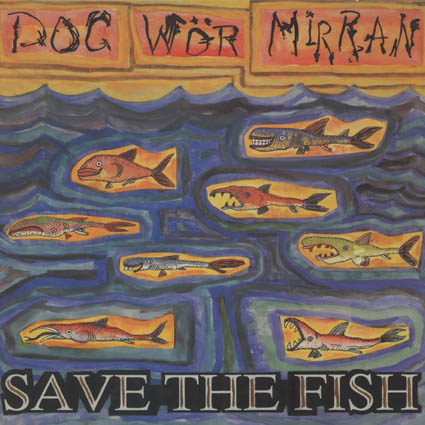 Title: Save The Fish

The first LP DWM every actually recorded, but released later, it is more dominated by Bernard H. Worrick than many other DWM releases. This is a pure pop LP, less experimental. Features the classic title track, composed by Bernard H. Worrick while in the field on military maneuvers. Other stand-out tracks include Punk Floyd and Walking With Little Or No Torso. Features Joseph B. Raimond, Bernard H. Worrick, Theodor T. ThrongoMob, Fraulein Niemand, Dave Fanning, John Waddingham, Ralf Lexis, Denise Pawlak, Peter Schuster and Allen Shain. Absurd full color cover of fish with penises (and one with boobs!) on the front, and an MC Escher spoof of fish giving each other blow-jobs on the back. Classic DWM. Edition of 500 copies. 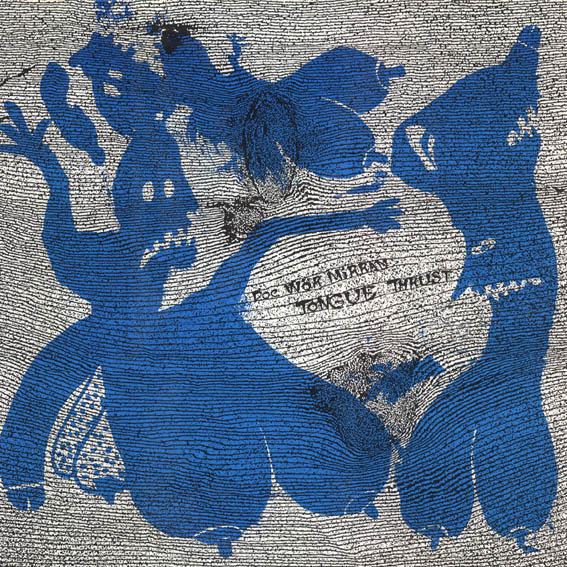 Much more experimental than many of the of the pop-oriented DWM recordings at the time, this was the second release on the newly formed Marginal Talent label, devoted to experimental music. Limited edition of 300, all on blue vinyl, it features performances by Joseph B. Raimond, Bernard H. Worrick, Peter Schuster, Ralf Lexis, Denise Kusiak, Deanne Kusiak, Joe Red, John Mervin, Frank Abendroth, John Eberly, Theodor T. ThrongoMob and Laurent Gabiot. 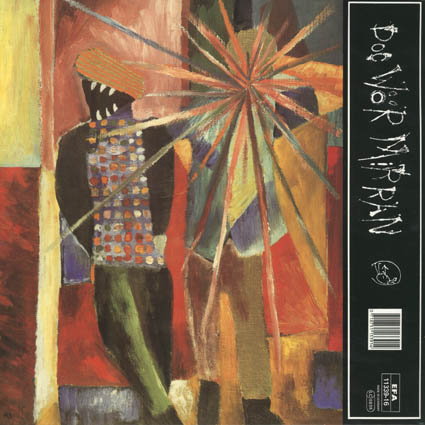 Before Bernard H. Worrick moved permanently back to the United States, he and Joseph B. Raimond embarked on a marathon recording session spanning a few years, resulting in the instrumental pop LP Gravy Slam, and this double LP, featuring pop tracks with vocals. Features Joseph B. Raimond, Bernard H. Worrick, Theodor T. ThrongoMob, Ralf Lexis, Peter Schuster, Zoogz Rift, Uwe Witzke, Vogt, Matthew McNeil, Jello Biafra, Nao Ishimaru, Mike Snow, Adrian Gormley, Jeandra Raimond, Michael Wurzer, Jeannette Gustavus, Fraulein Niemand, John Waddingham, Sylvia Juncosa, Joe Red, Denise Kusiak, Peter Kern, Larry Owens and Frank Abendroth. Edition of 300 copies, all with a gate-fold, full color cover showing a foto of Worrick and Raimond on one side, and an interpretation of the foto as an oil painting on the other. 20 copies of the record were produced as one sided, four record sets with the blank side of each record hand painted and with a sticker, which were given free to all who ordered the limited edition DWM LP Ben Droppings.