Collaborating with other artists is an important aspect of the DWM philosophy. New musical landscapes are explored, new friendships are formed and some nice releases are the result. Besides these releases, be sure to check out the collaborations with Tesendalo, Conrad Schnitzler, Harald Sack Ziegler, Stadlmeier and Paul Lemos of Controlled Bleeding.

These two tracks were recorded in July 1995 with both Tesendalo and Telepherique, the industrial band out of Wuerzburg that has since made quite a name for itself in the industrial/experimental scene. Quite noisey, this is a limited edtion of 100 copies on clear vinyl. Special packaging includes several artworks done by members of Telepherique and Tesendalo as well as various pieces of garbage, all held together with the single and cover by means of a nut and bolt going through the whole package. 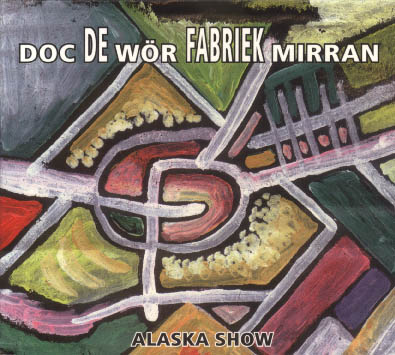 One of the nicest DWM releases ever, this release sports one of the best, most extravagant DWM covers ever, full color cover throughout on a three panel digi-pack. Musically, we have six tracks that were produced together with the well-known and long established De Fabriek out of Holland, and sees DWM sailing into the uncharted territory of Drum and Bass. De Fabriek recorded their parts in Holland, which they then sent to DWM in Fuerth, where the tracks were finished and mastered. DWM on this release: Joseph B. Raimond, Peter Schuster and Adrian Alecu. 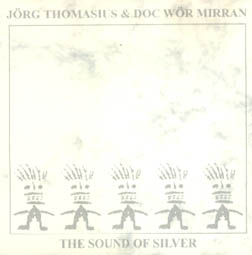 Title: The Sound Of Silver

Collaboration with Jörg Thomasius. A very experimental release, these seven tracks are a perfect mixture of the experimental sides of both artists, being both very unconventional and still very musical. Cool packaging includes a nail behind the tray as well as an unprinted, silver CD. Limited edition of 500 copies. 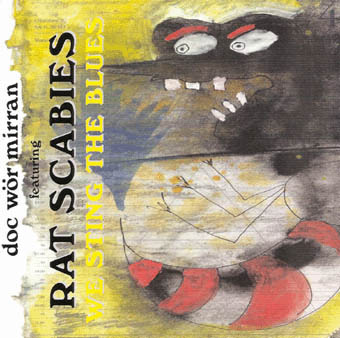 Title: We Sting The Blues

This is a three song mini CD featuring the drumming talents of Rat Scabies, former longtime drummer of the Damned, one of the world's first and foremost punk bands. Featuring the title track in both a tame as well as a distorted grunge version, as well as "Sense Of Tumour", a light sax driven piece featuring Adrian Gormley. In addition, some of our usual crew including Joseph B. Raimond, Ralf Lexis and a welcome return of Bernard H. Worrick, who offers a previously unpublished written work. To top it all of, a special packaging featuring, well, real bees! 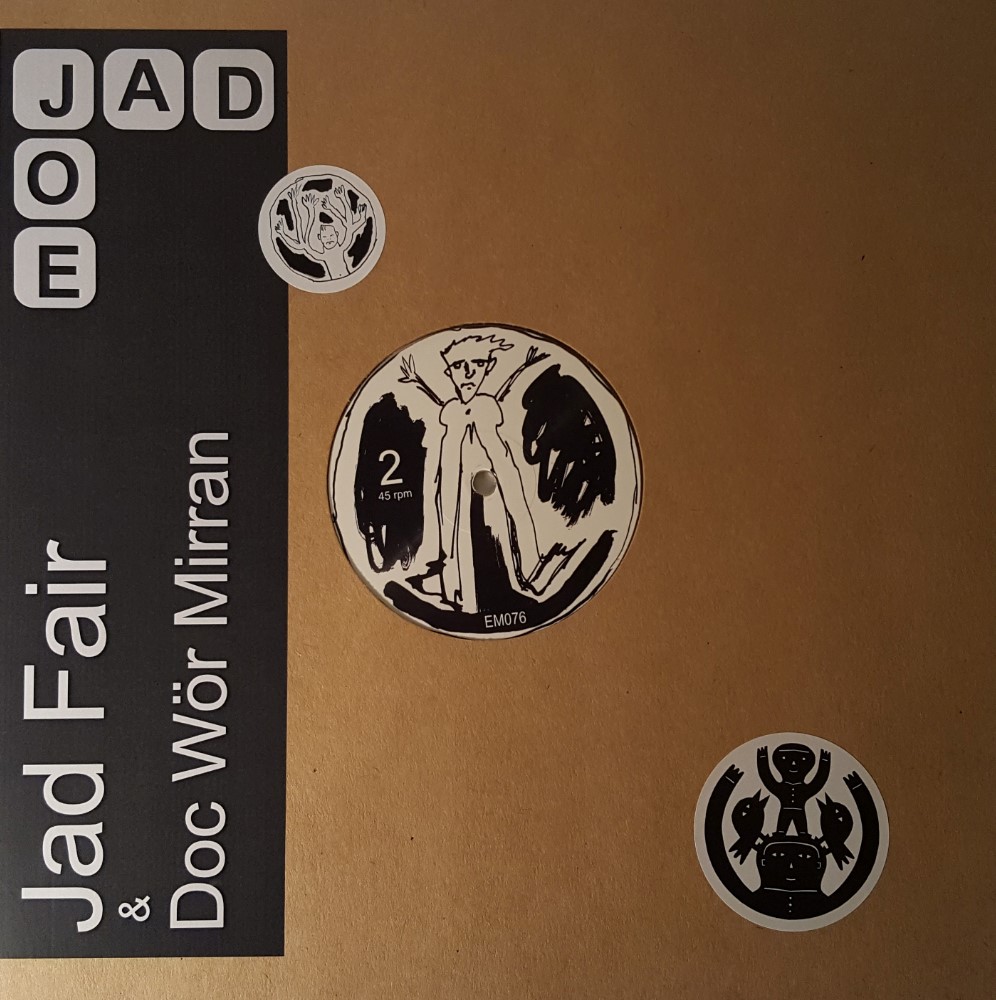 Recorded over twenty years ago, the fine folks over at EBUS Music have released this mini LP of Doc Wör Mirran's collaboration with Jad Fair, and on clear vinyl to boot! Also available is a limited edition boxed version including original signed artwork by both Jad Fair and Joseph B. Raimond, electric lights inside the box, plus lots of other goodies, and limited to only 23 copies. Both versions feature Jad Fair on vocals and words, Joseph B. Raimond on all instruments, and .rizla23. on limited edition packaging. 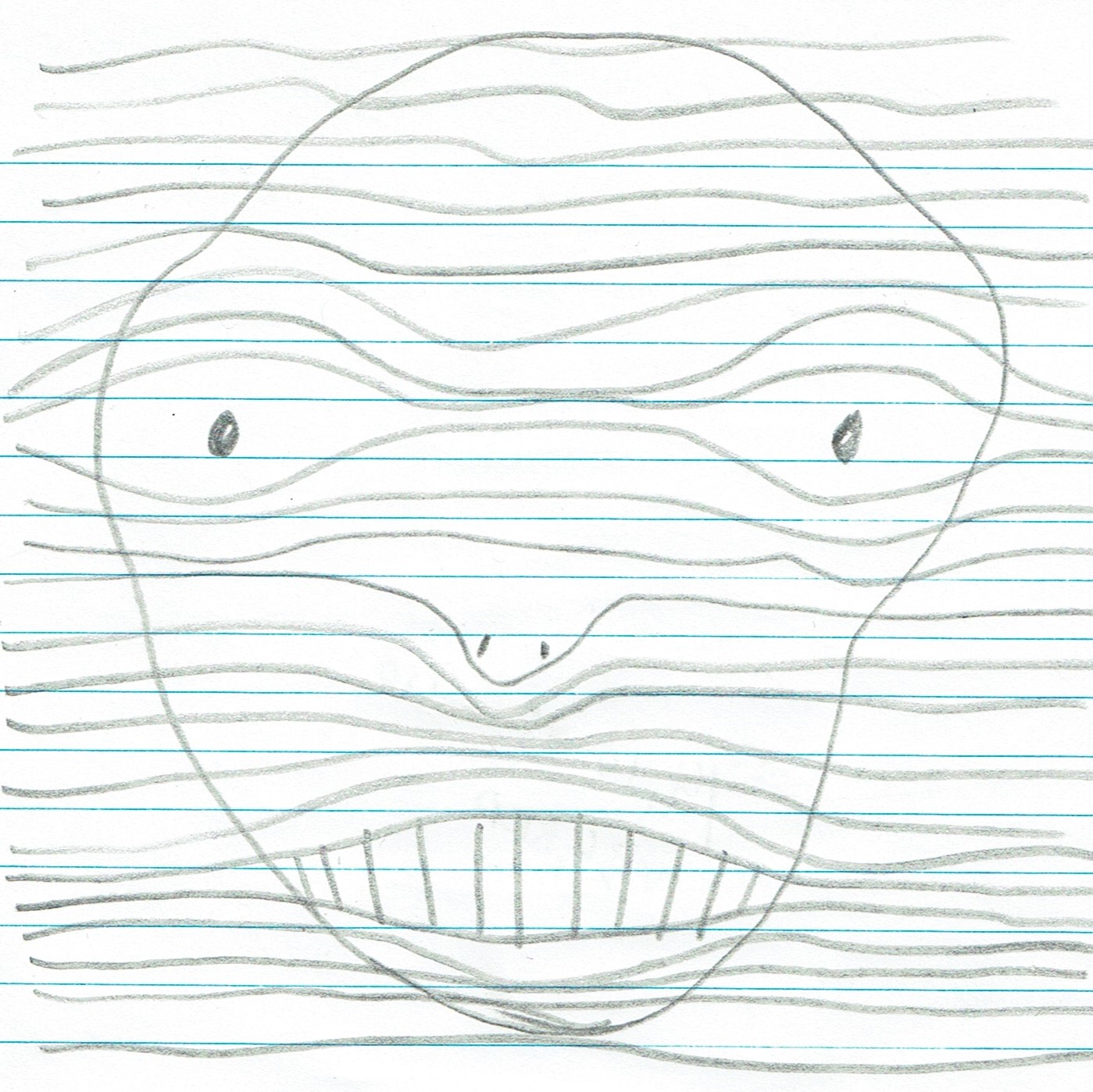 Recorded in July 1995 during the same sessions that produced our "Schaschlick" collaboration single, released in Japan in 1996 on MSBR, this long planned and anticipated full length CD is finally released, almost 25 years after it was recorded. A collaboration with Würzburg's Telepherique, the two tracks feature Klaus, Danijela, René Jochim, Joseph B. Raimond and Peter Schuster. The CD comes complete with an official Doc Wör Mirran / Telepherique pencil!